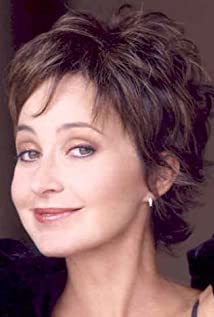 Annie Potts is an American film, television, and stage actress. She is known for her roles in popular 1980s films such as Ghostbusters (1984) and Pretty in Pink (1986). She made her debut on the big screen in 1978 in the Metro-Goldwyn-Mayer comedy film Corvette Summer (1978), with Mark Hamill, for which she was nominated for a Golden Globe. In 2017 she was cast to portray Meemaw in Young Sheldon (2017), a spin-off of the CBS sitcom The Big Bang Theory (2007). Potts also voiced voiced Bo Peep in the animated films Toy Story (1995), Toy Story 2 (1999) and Toy Story 4 (2019).Interested in stage and film at an early age, Annie Potts attended Stephens College in Missouri, enrolling in the theater studies course, followed by graduate work in California. At the age of 20, she married her college sweetheart, Steven Hartley. Only a short time later, she and her husband were in serious automobile accident in Sumner, Washington -- their Volkswagen bus was demolished by two drivers who were drag racing. Steve lost a leg, and Annie had multiple fractures (resulting in a traumatic arthritis that still persists). Early roles were primarily in television, such as Black Market Baby (1977), but her presence moved up with an appearance in the mega-hit Ghostbusters (1984), and then she hit the big time with a seven-year stint as one of the stars of Designing Women (1986). A brief period in Love & War (1992) ended with the cancellation of the show, about which she remains resentful.

Cleanin' Up the Town: Remembering Ghostbusters