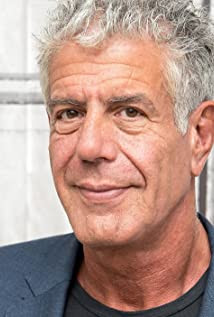 Anthony Bourdain was born in New York City, to Gladys (Sacksman), an NYT staff editor, and Pierre Bourdain, a Columbia Records executive. He attended The Englewood School for Boys in New Jersey and Vassar College (for two years), and was a graduate of The Culinary Institute of America. He began his career in the food industry as a dishwasher, gradually working his way up through preparation, to line cook, sous chef, and chef. He was executive chef of Manhattan's Brasserie Les Halles, which meant, in his words, that he got to "swan around the kitchen, taking credit for others' work." Bourdain lived in New York City, and had a daughter Ariane, with his wife Ottavia.

Roadrunner: A Film About Anthony Bourdain

Wasted! The Story of Food Waste

Supermensch: The Legend of Shep Gordon