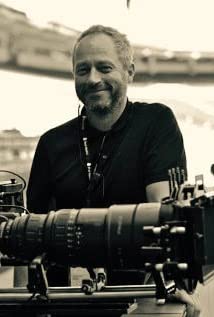 Anthony Wonke is an Emmy and triple BAFTA winning director, and an Oscar nominated and Emmy winning Executive Producer. He's also won, amongst other awards, the Prix Italia, Peabody, Grierson and RTS for his films. Known for his original feature documentaries 'Children on the Frontline', 'Fire in the Night', 'The Battle for Marjah' as well as his documentary series 'The Tower: A Tale of Two Cities', he released his latest theatrical features 'The Director and the Jedi' with Lucas Film and Disney, 'Ronaldo' with Universal Pictures, 'Being AP' with BBC Films and 'Unmasking Jihadi John - Anatomy of a Terrorist' with HBO which was recently nominated for an Emmy, BAFTA and Grierson awards. He is currently working on a feature film 'In the Shadows' for Film 4 and a US based drama series co-creating with Oscar nominated and BAFTA winning producer Lee Magiday. He's also attached to and co-creating a drama series with Moonage Productions. His commercial work for Ogilvy Mather and Saatchi on Du Pont Horizons, and Jaguar campaigns has been rewarded with numerous industry awards. Wonke's ranges across a variety of genres always highlighted by intelligence, visual flair and emotional insight.Wonke's work has been shown at film festivals in the USA, Canada, the Far East, and the UK, as well as being televised on BBC 1, BBC 2, Channel 4, HBO, PBS and Arte.

Fire in the Night

The Battle for Marjah