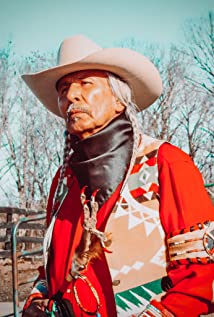 Apesanahkwat is an enrolled member of the Menominee Tribe of Wisconsin. He has been elected tribal chairman of his tribe 8 times, which is unprecedented.Apesanahkwat served in the US marine corps, and is a Vietnam combat veteran as well. Apesanahkwat is widely considered by his peers to be one of the foremost knowledgeable originators of the Indian Gaming Regulatory Act (IGRA), which defined the Natiwell Nations' involvement in national gaming as known today.Apesanahkwat exemplifies the attributes of a traditionalist, as well as a progressive activist who exists for the true empowerment of his people and their well-being. An experienced orator on the political and social nuances of the native experience in America, he is also a motivational speaker promoting language, culture and native spirituality, as well as education, anti-gangs, anti-smoking, drugs and alcohol rehabilitation.An accomplished actor, Apesanahkwat has appeared in films and starred in numerous television shows. Apesanahkwat is also a champion northern traditional dancer, who competes in powwows throughout the U.S. and Canada and he is a 2nd degree Ogitchidaa (warrior) of the Three Fires Midawin (medicine lodge) society.