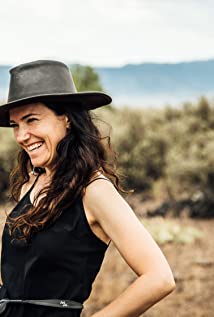 A director, actress, and producer known as much for her versatility as she is for her passion, April Mullen's latest directorial offer Below Her Mouth (2016), is a relentless love story shot entirely by an all female crew which had its World Premier at TIFF 2016. She was recently honored with the Tiff Birk Diamond a tribute to Women in Film. Her previous features include: 88 (2015), an action thriller, Dead Before Dawn 3D (2012), which confirmed April Mullen as the youngest person and first woman to direct a live action stereoscopic 3D feature film. The film was celebrated for its technological achievement and awarded the Perron Crystal. Mullen is co-founder of the independent production company Wango Films, alongside Tim Doiron. The company has produced five films to date. A true maverick in the feature film world, Mullen is known for her bold and stunning visuals, ambitious shooting style, strong performances and unique voice. Selected directorial TV credits include Killjoys (2015), Aftermath (2017), Real Detective (2016), Bellevue (2017) and Wynonna Earp (2016). As an actress April Mullen was recently the lead in the HBO series Good God (2012), which showed off her skilled, unique comedic timing. It was her leading role in Cavedweller (2004) directed by Lisa Cholodenko (The Kids Are All Right (2010)) an Original Showtime feature, that got her nominated for Best Leading Actress by the Young Artist Awards in Los Angeles.April Mullen is from Niagara Falls, Ontario, Canada and now resides in Los Angeles.