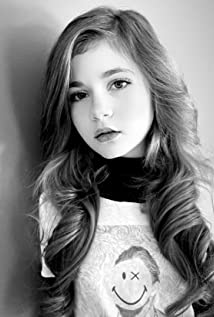 Ariana Jalia is best known for her media appearances on: Little Big Shots, Steve, Varney & Co., AOL Build, Fox News, and New York Live. Her acting roles include starring and recurring roles on: Manifest (NBC), Stephen King's Lisey's Story (Apple TV), Tracy Oliver's new show Harlem (Amazon), Judge Junior (Gen-Z media) and the short film Family and ME. Additional performances include co-starring roles on Prodigal Son (FOX) and the feature film A Mouthful of Air starring Amanda Seyfried.As an author, entertainer, and influencer - Ariana has created a public following resulting in selling over 50,000 books, and a social media following that continues to grow at a rapid pace with videos on YouTube with over 12 mil views and an Instagram account with 10 of thousands of followers.Ariana's production company, My Sunshine Magic, was founded in 2015 and is a diversified entertainment and media company with ventures at the intersection of video, music production, book publishing, and merchandise.In her award winning debut short film, Family and ME, Ariana took on the challenge of working on both sides of the production - in front playing all six sibling roles and behind of the camera as the director and producer.