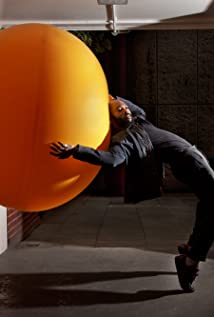 Quite possibly the most underrated and underexposed actor of his caliber in both theatre and screen, Arinze Kene's undeniable talent and ability to successfully bring to life any role he undertakes is on a par with the most praised and revered A-list actors in the business.Kene was born in Lagos, Nigeria, and raised in Hackney, London. He spent his gap year gigging as lead vocalist in a jazz band, and nurturing his hobby: acting. He went on to university studying Physiotherapy but dropped out after only two months to pursue acting full time.With roles in 2008's West End production of Daddy Cool and Lion King, and 2009's Been So Long (in which he led the play to scoop an Edinburgh Fringe Award), within a relatively short time Kene was able to show off his exceptional talent and ability on both stage and screen alike. His first major on-screen performance came in 2010 in the Kolton Lee directed film Freestyle. Hopefully the near future will bring an influx of more varied lead roles for black actors so that Kene can continue to astonish his colleagues and fans alike with the intensity of his skill.