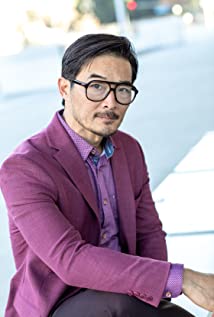 Arnold Chun is an American Actor/Director. He was born in Boston, Massachusetts, to Korean parents, and graduated from the Humanities Magnet Program at Grover Cleveland High School in Reseda, CA. He holds a B.A. in East Asian/European History from UC Irvine. Arnold has appeared in many hit shows like, "The Big bang Theory, Hawaii 5-0, It's Always Sunny in Philadelphia, The Last Ship. Arnold also plays "Kotomichi" on the Emmy-winning Amazon series "The Man in The High Castle".Arnold is also a filmmaker. Winning the award for Best Short Film at the Harlem Int. Film Fest in 2008 for "Eli's Liquor Store", the film has continued on to 25 film festivals domestically and was the opening presenter at the Smithsonian National Martin Luther King Consortium during Black History Month. He also was awarded an Excellence in Film Making at the Honolulu Int. Film Fest in 2009, for his first feature film.Arnold is also passionate about community and has helped expand a senior center in Koreatown for the mentally ill, in addition to addressing Mental Health issues in the Asian American Community. One of his most memorable experiences in humanitarian work was a month long trip to India as a short term missionary. He also spent a year in Japan teaching English in countryside of Nagano Prefecture.He lives in Los Angeles with his wife, two sons, and their dog - Daisy

Transformers: Revenge of the Fallen