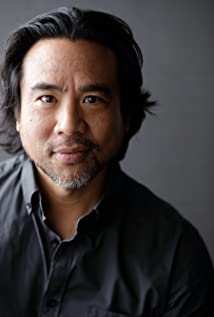 Art Chudabala is an American actor, director and film editor. Born Sept 10, 1970 in Los Angeles, California to Thai Immigrant parents, he got his start while still in High School when he landed the pivotal role of Christian Slater's adopted brother Vinh Kelly in Graeme Clifford's 80's skateboarding cult film "Gleaming the Cube".Though he was clearly hit by the acting bug, he placed his screen career on hold to finish both school and earn his certification in sound engineering. He not only pursued a degree in music and film by day, but was also fronting a rock band playing gigs on the Sunset Strip during the heyday of hair bands. As that era of music came to a close, he found himself at a crossroads and decided to give acting another try.He has since appeared in a strong list of feature films and has worked with many notable directors. Some of his credits include Kathryn Bigelow 's "Strange Days", Irwin Winkler's "Life as a House", Steven Spielberg's "War of the Worlds" and was part of the ensemble cast of Paul Haggis' Best Picture Oscar-winner, "Crash" for which he received a Screen Actors Guild Award.On television, he has guest starred on numerous hit shows such as "The West Wing", "Six Feet Under", "ER", 'Boston Legal", "CSI", "Grey's Anatomy" and "House".Alongside his acting career, he has also ventured behind the camera, working as an editor, producer and indie filmmaker with credits such as "My Sweet Killer", "Hard Luck", "Valentina's Tango", as well as behind-the-scenes DVD content for Sony Pictures' "Underworld" franchise and Showtime's "Californication". Another life long passion behind the camera was food and he was invited to cook alongside Bobby Flay on the Food Network hit "Grill It with Bobby Flay" where he displayed a family recipe for Thai BBQ Chicken and a flair for Food TV.

War of the Worlds

Life as a House