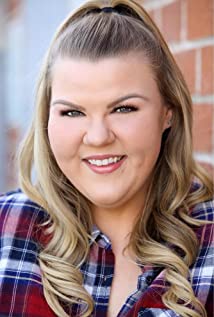 Ashley Fink was born in Houston, Texas and began acting at a very early age. By the time she reached the age of 2, she was putting on full productions for her parents: she was no dummy, though - she charged them admission. As luck would have it, her family ended up moving to Los Angeles where Ashley began attending a performing arts high school. From there, she began performing in a string of national tours as leads in The Wizard of Oz (as the Lion) and You're a Good Man, Charlie Brown (as Lucy), to name just two. Hollywood soon found Ashley when she starred in the Tribeca Film Festival hit, Fat Girls. The film won many awards for her, and Ashley enjoyed a international film festival tour. Since that time, Ms. Fink has made multiple TV appearances on many shows such as "ER", "Hung", "Huge", and most notably as fan favorite Lauren Zizes on FOX's hit show "Glee." Some of her personal favorite film credits include the indie horror, cult hit, All About Evil, as well as the Glee LIVE 3D Concert film. Ashley is very proud to be a major player in both the 24 Hour Plays and 24 Hour Musicals, both of which benefit urban arts education. Ashley has also recently broken into filmmaking herself by producing and starring in two short films that enjoyed their world premiere at the Cannes Film Festival in 2013 and 2014 respectively. She resides in Los Angeles with her cat, Fred.

The Accidental Death of Joey by Sue