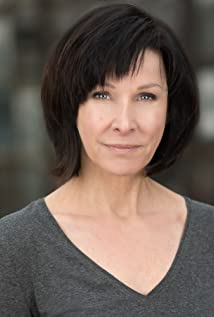 2019's 7-episode stint on Will Packer's Ambitions (OWN) is the most recent in which Ashley continues to portray a strong, capable, leader. As Karen Carlivati, Assistant US Attorney with the DOJ, Ashley steps back into the kind of role in which we've seen her regularly since her first recurring in 2009 on Drop Dead Diva - that of a formidable attorney who never backs down. Other 2019 projects include the horror movie The Conjuring 3 and the faith-based series The Baxters.Ashley is most frequently recognized from her roles in two blockbuster feature films - Get Out and The Blind Side. As the lascivious Lisa Deets in Jordan Peele's Get Out, we see her opposite Daniel Kaluuya asking, "Is it true...is it better?...", as she gropes his bicep. In The Blind Side Ashley plays a considerably more conservative character as one of the ladies-who-lunch opposite Sandra Bullock - who asks, "Is this some sort of white guilt thing?"Other recurring Guest Star roles in TV series include: the socialite, country-club wife C.C. Carroll in David Hudgins's Game of Silence (NBC); small-town convenience store manager Wynn Lovaas in Ray McKinnon's Rectify (Sundance Channel); and hard-hitting New York journalist Dianna Winchel in Tyler Perry's long-running series The Haves and the Have Nots (OWN).Not always portraying grounded characters, Ashley rounds out her resume with some quirky, comedic characters. In Scary Movie 5 we can see her opposite Heather Locklear as a prima donna plotting her murder in the wings of a production of Swan Lake. BET's Let's Stay Together highlights Ashley's character in heels, silk negligee, and feather boa - flirting with Ronreaco Lee and Bert Belasco while admiring her elderly neighbor in his "tightie-whities". Finally - Michael Wesley Bay's award-winning mockumentary Rabbit Hunt remains Ashley's favorite comedy experience as a clueless - but lovable - art dealer.Many TV viewers still remember Ashley from the national Restasis commercial as the woman with chronic-dry-eye whose "Thanks, Restasis" launched a thousand prescriptions.Ashley has a BS in Psychology from Vanderbilt University in Nashville where she was part of their musical theater review troupe The Original Cast. With a 3-octave vocal range Ashley has performed in a variety of musical productions. Select musical theater solos and duets include: "At the Ballet", "Promises, Promises", "Bosom Buddies", "I Can't Say No", "I Got Rhythm", "Old-Fashioned Wedding", and "I'll Never Fall in Love Again."