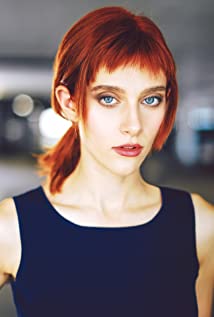 Aubrey Peeples was raised in a small town in central Florida, where she grew up doing professional theater from a young age. After deferring Harvard to continue pursuing her film career, she began working on ABC's Nashville as the love-to-hate Layla Grant, the role she is perhaps most widely known for. Layla, an aspiring musician, underwent several hardships that were a challenge and a joy for Aubrey to play, including problems with alcoholism, early marriage and divorce, attempted suicide, smashing a Bentley in rage, and spontaneously throwing various objects in anger. Aubrey has released several songs through the show and was also given the opportunity to tour nationwide twice alongside her cast mates. Following her career on Nashville, Aubrey also starred alongside Molly Ringwald and Juliette Lewis as the lead in "Jem and the Holograms," a Universal/Blumhouse film based on the iconic 80s cartoon series; and as Harper, a heroin addict on the Freeform series "Recovery Road." 2016 saw Aubrey leading in three independent features slated to be released in the near future.Aubrey has been a classically trained vocalist for thirteen years, and has performed at the Grand Ole Opry as many as twelve times. She is an avid songwriter, drawing from her past experiences and musical influences spanning the delta blues, southern rock, classic country, jazz, swing, and soul. She aspires to release a blues album in the near future.

Death of a Cheerleader