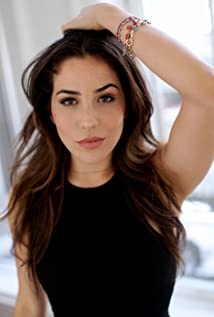 Audrey Esparza is an American actress best known for her role as FBI agent Tasha Zapata, on the American television series Blindspot. Esparza trained at the Experimental Theatre Wing at the Tisch School of the Arts at New York University. Esparza's film credits include: Family Practice, Amateurs, The Americans, The Following, Blue Bloods, Golden Boy, Floating Sunflowers, Power, Black Box, Madam Secretary, Public Morals, and her main character as Tasha Zapata, an FBI agent on Blindspot.Series regular on NBC's hit action drama Blindspot as Tasha Zapata who previously starred on ABC's Black Box. She also had a recurring part in Power. She starred on Blindspot alongside Sullivan Stapleton.Esparza has been an extraordinary actress and she has been so perfect while choosing the roles. She has selected the role which suits her acting style. In 2011, she appeared in the movie called Family Practice and her work as Liz Stratton in that one won millions of hearts all over the world.In 2013, she appeared in five TV show; she played Dana Montero in The Following (Episode: "Let Me Go"); Joyce Ramirez in The Americans (Episode: "Gregory"); Lucy Barrone in Golden Boy (Episode: "Scapegoat"); Jana Garza in Blue Bloods (Episode: "Protest Too Much") and Carmen in Amateurs.In 2014, she had a recurring role as Carlotta in The Black Box, appearing in 12 episodes. The same years, she also played Liliana in three episode of Power. She also appeared on Public Morals as Theresa.Esparza's breakthrough role came in 2015 after she played the main character as Tasha Zapata, an FBI agent on Blindspot. Although Esparza is a newcomer to the prime-time scene, she hit the ground running after she played Tasha, a hardworking FBI agent that doesn't know how to balance her home and her work life.