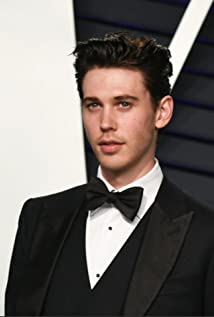 Austin Robert Butler was born in Anaheim, California, to Lori Anne (Howell), an aesthetician, and David Butler. He has always enjoyed movies of all types. When he was 13 he was walking around at the Orange County Fair and was approached by a representative from a background-acting management company, who helped him get started in the entertainment industry. He found that he really enjoyed it, and began taking a few acting classes. Soon, he landed a rather permanent (2005-2007) background-acting gig on Nickelodeon's Ned's Declassified School Survival Guide (2004), and a friend on the show, Lindsey Shaw, introduced him to her manager, who offered to represent him. From that point on, he considered himself to be a serious actor.His first named (albeit uncredited) character was "Toby" in the Hannah Montana (2006) episode "Oops, I Meddled Again" in 2006 (girl broke up with him). First speaking role was in Zoey 101 (2005), as "Dannifer" or "Wrong Danny" (a few lines, and a girl poured soda down his shirt). He got a meatier role on Hannah Montana (2006) in 2007, still a small part, but very fun (a few more lines, and he got to fling popcorn on Miley Cyrus).His big break (relatively speaking) was in 2007, as casting directors started to recognize him from his many, many auditions, and he was given an opportunity to play the part of "Jake Krandle" in the new Nickelodeon series iCarly (2007), which should start airing late in 2007. His first episode is called "iLike Jake."

Are You There, Chelsea?