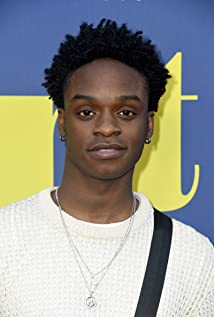 Austin Crute is an actor, singer, songwriter, and producer from Atlanta, Georgia. He grew up in his family's church where his father was Senior Pastor, and graduated from Greater Atlanta Christian School in 2014. During his high-school years, he starred in a variety of musical theater productions, and was selected as a finalist for the 2013 National High School Musical Theatre Awards.After starring as 'Justin Bieber' in Donald Glover's Emmy Award-winning TV series 'Atlanta' in 2016, Crute has become well-known for his undeniable talent and electrifying personality, as he continues to exhibit and develop his multitude of skill and artistry that spans across music, film & tv, and musical theater. Crute graduated from New York University in 2018 with a BFA in Recorded Music and an Excellence in Performance. In 2019, he made his feature film debut playing 'Alan' in Olivia Wilde's 'Booksmart' and starred as 'Wesley Fists' in Netflix's post-apocalyptic dramedy series 'Daybreak.'In 2020, he'll be starring as 'Lane' in ABC's new comedy 'Call Your Mother' and playing 'Marquise' in the final season of Netflix's 'Trinkets.' He'll also be releasing his mixtape 'TWENTIES' this summer. His single "Gotta" will be appearing in episode 201 of 'Trinkets.'