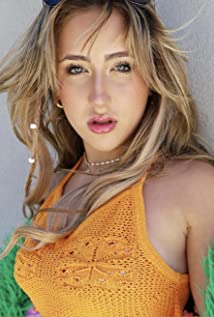 As a California native, Ava Kolker has been acting one way or another from the time she could walk and talk. Her first screen role came on the first season of "American Horror Story" at the age of four. Since then, Ava has worked on a lot different movies both indie and studio films, national commercials, a multitude of television shows, including her major guest star recurring role on all three seasons of the Emmy nominated Disney television series, "Girl Meets World", and most recently her series regular role on "Sydney to the Max" where she has played Olive for 3 seasons.Ava's career has been very diverse in the types of roles she has been able to deliver successfully. Her movie career started when she was cast out of hundreds of children at 5 years old to play a supporting lead as Kate Beckinsale's unhappy daughter, Augie in the drama "Trials of Cate McCall". Ava's first comedy role came when she worked on "Scary Movie 5" as Lily, which spoofs the horror flick "Mama". More recently Ava played major supporting roles in the horror movie franchise, Insidious the Last key and in the feature film "Manifest West".Ava not only does live acting work on film, television, and commercials, but she booked her first voice-over animation role for the feature film, "Red Shoes and the Seven Dwarfs". In addition, Ava models fashion by walking runways and even performs musical theatre. She also goes to charity events and gives back as much as she receives especially to animal charities since Ava is an avid dog lover.Ava has been nominated for both the 2016 Young Artist Awards and the Young Entertainer Awards. Ava won Best Actress in the Guest Star category aged 9 and under at the Young Entertainer Awards for her amazingly comedic and dramatic efforts in Disney's "Girl Meets World". When not acting, Ava enjoys the outdoors such as playing tennis, hiking, swimming and going to the beach. She continues to grow as an actress without losing the natural spark of a child who loves her life, her pets and her family most of all.

The Trials of Cate McCall