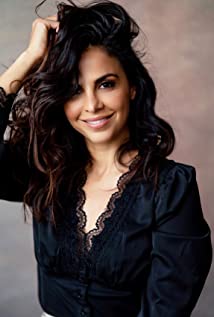 Azita Ghanizada was born with an incredible story of cultural backlash. Her family fled her native Afghanistan as the Soviets were invading and landed in the suburbs outside the US Capitol as political asylum seekers. Her childhood wasn't easy. The next several years following their displacement, her family would try their best to assimilate and resettle while working tirelessly on getting their immediate family out of various refugee camps, out of war and hostility and close to them in Northern Virginia. Having learned English on TV, she dreamed of being on television. After graduating University with a focus in Journalism and Communications, she bought a one-way ticket to Hollywood, landing shortly before 9/11 and somehow found her way to becoming one of the first women from Afghanistan to lead a series on television in the US on "Alphas". Crediting only instinct and naivete, Azita has continued to work consistently on film and television, holding her own opposite Academy Award Winners and nominees such as Rachel Weisz, Mahershali Ali. David Strathairn, Sam Shepard, Michael Shannon, Casey Affleck and others. She was named one of the "Seven Sundance Breakout Actresses You Must Know," for her work in "Complete Unknown" (2016). She recently recurred on both HBO's "Ballers," and Freeform's "Good Trouble," and will next be seen in the three feature films, including a small role in "Our Friend," which had its world premiere at TIFF.But it was in 2017 that Azita had one of her greatest achievements, after two years of lobbying, studying the census, diversity MOUs and hiring contracts, Azita built the MENA, (Middle Eastern North African) category into the SAG-AFTRA theatrical contracts. Launching a new hiring category into Hollywood and beyond for the first time in 37 years. She went on to launch MENA Arts Advocacy Coalition (MAAC), advocating for the advancement of MENA creatives in Hollywood, presented the first ever study showing the bleak representation for MENA performers on television, lobbied for inclusion across all major research, began educating the industry on the MENA experience, helped other MENA affinity groups launch at various guilds, companies, universities and beyond. She has become a leading advocate for her diaspora, actively speaks out on representation and inclusion issues in the media, in business environments, industry panels, and most recently gave her first TEDxTalk.

Wisdom of the Crowd