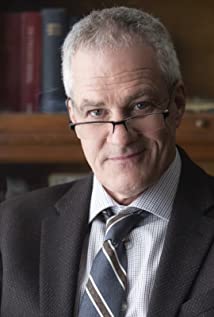 Barclay Hope is a veteran television actor whose numerous credits include film, television and stage. He has appeared in the television series The Hidden Room (1991), Deadly Nightmares (1983), Top Cops (1990) and Alfred Hitchcock Presents (1985). He has guest-starred in the series Goosebumps (1995), _"Forever Knight" (1992)_, Knightwatch (1988), Doc (2001), and had a recurring role on Street Legal (1987). His series credits also include The Twilight Zone (1985), as well as Taking the Falls (1995), E.N.G. (1989) and Ready or Not (1993). He played "Peter Axon" in all four seasons of the Canadian television series, PSI Factor: Chronicles of the Paranormal (1996), from 1996-2000, narrated by Dan Aykroyd. His television movie credits include Strange Justice (1999), starring Louis Gossett Jr., Dead Silence (1997), with James Garner, Disney's The Wonderful World of Disney: The Garbage Picking Field Goal Kicking Philadelphia Phenomenon (1998), with Tony Danza, Danielle Steel's Remembrance (1996), The Wonderful World of Disney: The Facts of Life Reunion (2001), Mary Higgins Clark's You Belong to Me (2002) and Atom Egoyan's Gross Misconduct: The Life of Brian Spencer (1993), among many others. He also performed the lead role in the TV movie, The Long Road Home (1989), and was an Executive Producer of and appeared in the short film The Wager (1998) On stage, Hope has performed in both Toronto's Royal Alexandra Theatre and the Manitoba Theatre Centre productions of "The Heidi Chronicles". He also appeared in Theatre Direct's "Getting Wrecked", Limelight Dinner Theatre's "The Best Little Whorehouse In Texas", and the Stratford Festival's "Death of a Salesman" and "The Country Wife". One of his most recent production ventures was the production of "Birthday Cake", a short film he produced, and which screened at many different film festivals, debuting at the Palm Springs Film Festival in 2000. Barclay Hope attended Lakefield College in Ontario, Canada, and now lives in Vancouver with his wife, Lindsay Collins and their 3 children.

A Godwink Christmas: Meant for Love