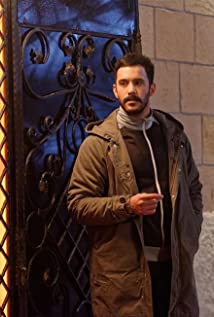 Baris Arduç is a Turkish television and film actor. Arduç was born in Switzerland on 9 October 1987, including his father, Erol Arduç, and his mother, Gülay Arduç. His paternal family of Albanian immigrants. His maternal is from Artvin. He has two brothers. At the age of 8, Baris Arduç moved to Turkey with his family. He graduated from high school in 2005 and subsequently won an education grant to enrolled at Kayseri Erciyes University Sports Academy. The future celebrity's family had enough money to provide the boy a good education. In his turn, the boy finished the school with excellent marks and began thinking about choosing a profession in which he could achieve great success. Arduç was fond of sport and decided to devote him to this sphere. He entered the Academy of Sports after the school. Unfortunately, the future actor didn't graduate the academy for he had been dismissed after the first year of studying.Entering a conservatory was the next step in his education. The young man was interested in arts, and he could obtain acting abilities lessons at the conservatory. He studied English language hard and now he speaks it fluently. He went on sports. He plays football, swims and dives, if to be more exact. The young man tried his abilities on a shooting stage after graduating conservatory. The role in TV-series was his first work.Arduç attended acting training courses in 2007-2009 in Istanbul, Turkey, and completed his theatrical education at Sadri Family Theatre. In 2009, he became a professional actor after meeting with Ayla Algan. Ardu began acting in television shows in 2011, appearing in Do Not Worry about Me (Turkish: Benim Için Üzülme) in 2012, being the most successful. In 2014, he gained his first film role 2014, with a minor part in Sadece Sen. On June 19, 2015, Arduç was given a starring role in the Turkish TV series Love for Rent where he played alongside Elçin Sangu on the Turkish channel Star TV. As "The best Series Pair", acting as the characters of Ömer Iplikçi and Defne Topal, they won the a Golden Butterfly TV Award (2015). Baris Arduç later won his second Golden Butterfly TV Award, for his second season acting.