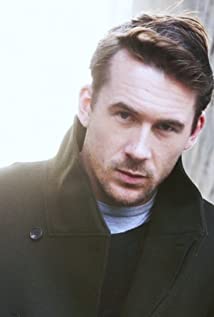 Born and raised in Liverpool, England. Probably best known for his roles as 'Aiden Mathis' in the hit show 'Revenge', Joe 'Bear' Graves in the TV series 'Six' and for playing Captain Price in the Call Of Duty - Modern Warfare Video Game. His career began in England where he appeared in numerous TV shows, notably the BAFTA award winning dramas "Pleasureland" and "The Mark of Cain." Barry originated the role of Troy Whitworth in Jez Butterworth's critically acclaimed play Jerusalem at The Royal Court Theatre London. He also played the role in the West End and after a record breaking sell out run it then transferred once again, this time to Broadway. Sloane made his Broadway debut in 'Jerusalem' at the Music Box Theatre in New York in 2011 having previously made his West End debut in Willy Russell's Blood Brothers in 2005.Barry is represented by Ken Lee at Brillstein Company

The Mark of Cain