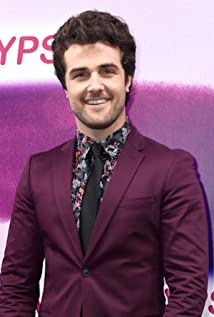 Beau Mirchoff was born on Friday the 13th of January, 1989, in Seattle, Washington. Two days later, he moved to his family's home in Victoria, British Columbia, Canada, on Vancouver Island. His father Bill, is a podiatrist from California and his mother Kelley, is a full-time homemaker from Washington State. Beau started training as an actor at the age of 13 in Vancouver, British Columbia. This required him to take a two hour ferry-boat venture from Vancouver Island to the mainland of British Columbia, and ride the bus an hour into the city. He did this every week until moving to Los Angeles in February of 2009 where Beau began training at the Michael Woolson Studio - the same studio he trains at today. In 2009 Beau landed the role of Danny Bolen on ABC's Desperate Housewives. In 2010 he snagged the role of Matty Mckibben on MTV's Awkward; he won a Teen Choice Award in 2012 for this portrayal. During the hiatuses from television Mirchoff focuses on the theatre: in 2012 he portrayed Treat in a production of Lyle Kessler's Orphans at the Hudson Theatre; in 2013 he played Kent in Neil Labute's Reason's to be Pretty at the MW Theatre. Other notable films include: Scary Movie 4, The Grudge 3, I am Number 4, and Poker Night alongside Ron Perlman, Giancarlo Esposito, Titus Welliver, and Ron Eldard.

See You in Valhalla

The Wizards Return: Alex vs. Alex