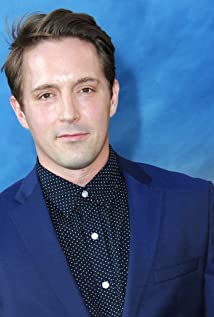 Never work with animals or children. It's the stern warning oft-repeated in Hollywood. Breakout actor Beck Bennett, however, would kindly disagree--with the second part, at least.Bennett stars in the immensely popular "It's Not Complicated" campaign for AT&T, a series of ads in which he plays the wry, deadpan moderator of a focus group populated by precocious children. "Do you guys think it's better to be fast than be slow?" he prompts the kids, who are gathered around him at a comically child-size table. The kids go on energetic, meandering rants about werewolves and islands made of candy. Bennett blinks in response, unamused. The nation, judging by the social-media buzz and YouTube views the ads receive, is very amused.Bennett's ads--thanks to his adorable rapport with the kids--have been so enthusiastically embraced that AT&T keeps ordering more, most recently a special March Madness edition co-starring a round-table of basketball legends. As a result, the once up-and-coming actor has been beamed into millions of American households countless times since the campaign's launch in November. Both ubiquitous and beloved at this point, Bennett has joined hallowed pantheon of cherished ad stars, alongside the likes of Flo from Progressive, Verizon's "Can You Hear Me Now?" guy, and Wendy the Snapple lady.