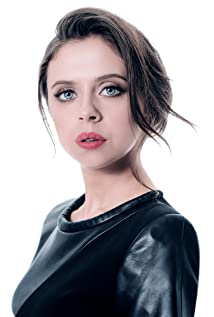 Isobel Dorothy Powley is an English actress. Powley was born and raised in London, where she was educated at Holland Park School. She began acting as a teenager on television, starring on the CBBC action television series M.I. High (2007-2008), the period miniseries Little Dorrit (2008), the crime series Murderland (2009), and the ITV sitcom Benidorm (2014).Powley gained critical praise for her portrayal of Princess Margaret in A Royal Night Out (2015), for which she was nominated for a British Independent Film Award for Most Promising Newcomer, and a sexually confused teenager in the coming-of-age film The Diary of a Teenage Girl, for which she won the Gotham Independent Film Award for Best Actress and the Trophee Chopard at the 2016 Cannes Film Festival. She has since starred in the films Mary Shelley (2017), White Boy Rick (2018), Ashes in the Snow (2018), and The King of Staten Island (2020) and on the Apple TV+ drama series The Morning Show (2019-2021).

Everything I Know About Love

Ashes in the Snow

A Royal Night Out