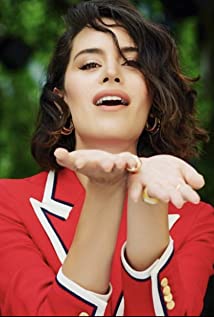 Belçim Bilgin was born in Ankara in 1983. At the age of 14, she started studying acting at the Ankara Art Theater. While studying at Hacettepe University, she started her professional acting career by starring in the film 'Zero Kilometer', which was opened at the Cannes Film Festival Competition Department. After playing in a motion picture in Paris, where he lived for two years, she returned to Turkey and made her name in a short time by acting in many important television series and motion pictures. Her films have competed at selected festivals.'Silent', starring her, was named the best short film at Cannes. She starred in the Hollywood production of 'Backstabbing For Beginners' and the Oscar nominated film 'The Butterfly's Dream'. The Belgian Scholar has appeared in front of the camera together with such world famous actors as John Malkovich, Ben Kingsley, Theo James, JulianSands, Monica Bellucci in various motion pictures.Having started producing with the films 'Rhino Season' and 'Butterfly's Dream', she founded her own production company Big Bloom in 2019 and began developing projects as a creative producer. Recently, she has also come to prominence with her activist identity. With the motto "sustainable world, livable life", he became involved in social projects related to issues to which she showed sensitivity. As an anonymous scholar, a supporter of UNFPA Turkey and an ocean ambassador for Greenpeace, he is leading remarkable promotional efforts.The film 'Dad's Violin', which was released on Netflix in 2022 starring the artist, was a great success with 12 million views in 2 weeks globally.