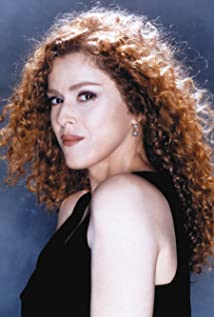 Throughout her illustrious career, Bernadette Peters has dazzled audiences and critics with her performances on stage and television, in concert, and on recordings. She is one of the most critically-acclaimed Broadway performers, having received nominations for seven Tony Awards, winning two, and eight Drama Desk Awards, winning three. Four of the Broadway cast albums on which she has starred have won Grammy Awards. Recently, she has been starring on Broadway as Dolly Gallagher Levi in the hit musical, Hello, Dolly!Bernadette was born Bernadette Lazzara on February 28, 1948 in Queens, New York City, to Marguerite (Maltese) and Peter Lazzara, a bread delivery truck driver. She is of Sicilian descent.Bernadette first performed on the stage as a child and then a teenage actor in the 1960s, and in film and television in the 1970s. She was praised for this early work and for appearances on The Muppet Show (1976), The Carol Burnett Show (1991) and in other television work, and for her roles in films like Silent Movie (1976), The Jerk (1979), Pennies from Heaven (1981) and Annie (1982). In the 1980s, she returned to the theatre, where she became one of the best-known Broadway stars over the next three decades. She also has recorded six solo albums and several singles, as well as many cast albums, and performs regularly in her own solo concert act. Peters is particularly noted for her starring roles in stage musicals, including "Song and Dance", "Sunday in the Park with George", "Into the Woods", "Annie Get Your Gun" and "Gypsy", becoming closely associated with composer Stephen Sondheim.Peters continues to act in films and on television, where she has been nominated for three Emmy Awards and three Golden Globe Awards, winning once. Her career boasts an impressive list of television credits, which includes Amazon Prime's highly popular, Mozart in the Jungle, which won the 2016 Golden Globe for Best TV Comedy or Musical series. She also co-stars in the new CBS All Access series, The Good Fight, a spin-off of the network's popular series, The Good Wife. One of Broadway's most critically acclaimed performers, Peters has won numerous accolades including being the recipient of three Tony Awards, a Golden Globe, three Grammy nominations, three Emmy nominations and has a star on the Hollywood Walk of Fame.Peters' albums include the Grammy nominated I'll Be Your Baby Tonight, Sondheim, Etc.: Bernadette Peters Live at Carnegie Hall, and Bernadette Peters Loves Rodgers & Hammerstein, in addition to numerous Grammy Award winning Broadway Cast recordings. Peters devotes her time and talents to numerous events that benefit Broadway Cares/Equity Fights AIDS. Her "pet project" Broadway Barks, co-founded with Mary Tyler Moore, is an annual, star-studded dog and cat adoption event that benefits shelter animals throughout the New York City area. She is a New York Times bestselling author who has penned three children's books, Broadway Barks, Stella Is a Star and Stella and Charlie: Friends Forever. All of her proceeds from the sale of these books benefit Broadway Barks.She had a four-year romantic relationship with comedian Steve Martin and was married to investment adviser Michael Wittenberg for over nine years until he was killed in a helicopter crash on September 26, 2005. Peters is known for her charitable work, including as a founder of the Broadway Barks animal charity. Peters resides in New York with her rescue dogs, Charlie and Rosalia.

Mozart in the Jungle