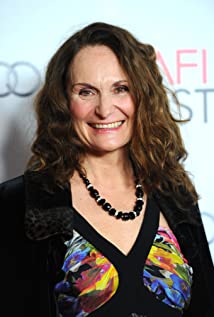 Raised in the South, Beth Grant moved frequently as a child and enjoys claiming several towns and cities in Alabama, Georgia, and North Carolina as home. She was a Page in the North Carolina Senate, attended the North Carolina Governor's School for Gifted and Talented students, and received a governor's appointment at the age of nineteen.Grant was president of the East Carolina University College Democrats for two years, receiving the Outstanding College Democrat Award from then Senator Edmund Muskie. She is a graduate of ECU with a BFA in Acting and Directing.One of Hollywood's most recognizable faces, she has starred in over seventy feature films including this year's Best Picture Academy Award nominated Little Miss Sunshine (2006). She delighted in creating the character you love to hate, Pageant Official Jenkins, making Grant the happy recipient of the Screen Actors Guild Award for Best Ensemble Cast In A Feature Film.Other popular studio pictures include Rock Star (2001), The Rookie (2002), Matchstick Men (2003), Rain Man (1988), City Slickers II: The Legend of Curly's Gold (1994), To Wong Foo, Thanks for Everything! Julie Newmar (1995), A Time to Kill (1996) and Speed (1994).Grant has appeared in over thirty plays from Los Angeles to New York including two productions at The Ahmanson, William Inge's "Picnic" (with Jennifer Jason Leigh) and Tennessee Williams' "Summer and Smoke" (with Christopher Reeve) under the direction of Circle Rep's Marshall W. Mason. She has created roles in the world premieres of "Holy Ghosts" by Romulus Linney, "On A Southern Journey" by Maya Angelou, "The Day Emily Married" by Horton Foote, "Sordid Lives" and "The Trials and Tribualtions of a Trailer TrashHousewife" by Del Shores.Grant is a recipient of The Los Angeles Drama Critics Award and The L.A. Stage Alliance Award and The Backstage West Garlan Award for Best Actress in a Leading Role for Del Shores' "The Trials and Tribulations of a Trailer Trash Housewife".On television, Grant was a favorite on the Six Feet Under (2001) episode, Six Feet Under: In Case of Rapture (2004). This season, she married then cheated on Jason Lee on My Name Is Earl (2005). She has been a regular or recurred on many television shows including Malcolm in the Middle (2000), King of the Hill (1997), Yes, Dear (2000), Everwood (2002), Delta (1992) and Wonderfalls (2004).She has guest-starred in hundreds of hit television series such as Friends (1994), The X-Files (1993), Angel (1999) and CSI: Crime Scene Investigation (2000). Grant starred in Tony Hillerman's A Thief of Time (2003), produced by Robert Redford (PBS), The Image (1990) with Albert Finney (HBO), Switched at Birth (1991) and Fall from Grace (1990) (NBC). Grant has produced documentaries, comedy reviews, and television; she has run a theatre company, raised money for schools and was a celebrity coordinator for Jimmy Carter's first presidential campaign. But what she really loves to do is act. Grant is a student of Milton Katselas at The Beverly Hills Playhouse. She is married to actor Michael Chieffo, they have one child, Mary Chieffo.

Confessions of a Closeted People Pleaser