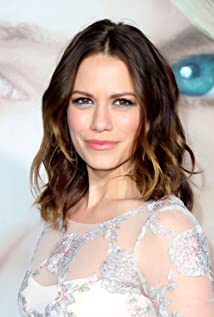 Bethany Joy Lenz was born in Hollywood Florida, an only child of Robert George Lenz (a history teacher and therapist) and Catharine Malcolm Holt Shepard (a personnel manager and entrepreneur). She is best known for her role on - the WB hit One Tree Hill (2003) - as "Haley James Scott", wife to James Lafferty's "Nathan" and childhood mate of Chad Michael Murray's "Lucas".Prior to One Tree Hill (2003), Bethany spent most of her acting career on the stage. She has called Musical theater her passion, and has performed in various productions of "Annie", "The Wizard of Oz", "Gypsy", "Cinderella", "CATS for Cats" etc...After moving from Texas to New York, Bethany portrayed "Michelle Bauer Santos" on CBS's Guiding Light (1952). When her two year contract ended there, she left New York and moved to Los Angeles and guest starred on shows like Charmed (1998), Felicity (1998) and The Guardian (2001). She also appeared in Los Angeles stage productions of "The Outsiders" - directed by Arthur Allan Seidelman and "Happy Days" (as Pinky Tuscadero) - directed by Garry Marshall.After moving from North Carolina (One Tree Hill), Bethany spent a year raising her daughter Maria before taking any more roles. Although she started an internet rotating novel 'Diamond Gothic' with 'Abigail Spencer' and 'JC Coccoli' on 'Hello Giggles.Bethany came back strong and guest starred on shows like Men at Work (2012) and CSI: Crime Scene Investigation (2000), joined the cast on Sock Monkee Therapy (2013) and Dexter (2006), and got her own TV show Songbyrd (2014). She also joined and performed original songs on Rock the Schools Concert (2012) and recorded several songs in 2012 (Album: 'Then Slowly Grows') and 2013 (Album: 'Your Woman').She is an accomplished singer with an four-octave range, trained in New York by Richard Barrett, the director of the Brooklyn College of Opera, and in Los Angeles by renowned voice teacher Eric Vetro (Jennifer Garner, John Stamos and Ewan McGregor).