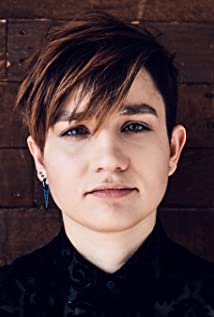 Bex Taylor-Klaus has always marched to the beat of their own drum. A fourth generation Atlantan who moved to LA to start their professional acting career while still in high school, their first professional role was as the iconic street kid Bullet in season 3 of AMC's "The Killing," which was highlighted as a stand-out role by the New York Times.Bex's performances of note include voicing Pidge on Dreamwork's highly-acclaimed reboot of "Voltron: Legendary Defender" and Keo Venzee in "Star Wars: Squadron," as well as live-action roles like Sin on CW's "Arrow," Audrey on MTV's "Scream," and Deputy Bishop on Fox's "Deputy." In films, they've gained acclaim as Hannah in "Dumplin'" and Chris in "Blackbird."Whether performing in drama, comedy, or horror, Bex loves breathing life into complex characters. They invite viewers to explore the nuances of life's emotions, whether getting in touch with their playful sides or exorcising their demons. They write, "to be an actor is to want to visit the dark places that humans strive so hard to stay away from."On a different kind of screen, Bex curates a robust social media presence (Twitter: @iBexweBex; Instagram: @Bex_TK) and engages regularly with their eager fan-base. Off the screen, they enjoy Krav Maga, hiking, and hanging out with their family - by choice and by blood - especially their beautiful bride, the one and only Alicia Sixtos.

Vampire: The Masquerade: L.A. By Night