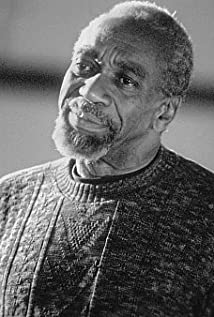 Bill Cobbs was born and raised in Cleveland, Ohio, where his parents were hard-working people, who instilled in him a sense of self-reliance and humility. As an amateur actor in the city's Karamu House Theater, he starred in the Ossie Davis play "Purlie Victorious". Cobbs was an Air Force radar technician for eight years; he also worked in office products at IBM and sold cars in Cleveland. In 1970, at the age of 36, he left for New York to seek work as an actor. There he turned down a job in the NBC sales department in order to have time for auditions. He supported himself by driving a cab, repairing office equipment, selling toys, and performing odd jobs. His first professional acting role was in "Ride a Black Horse" at the Negro Ensemble Company. From there, he appeared in small theater productions, street theater, regional theater and at the Eugene O'Neill Theater. His first television credit was in Vegetable Soup (1975), a New York public television educational series, and he made his feature film debut in The Taking of Pelham One Two Three (1974). In his free time, Cobbs enjoys music, reading, and playing his drums. He lives in New York City and Los Angeles, California and continues acting.

Night at the Museum: Secret of the Tomb