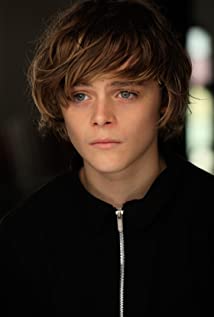 Billy is 14 years old and lives in London. In 2020, aged 13, he made history as the youngest recipient of an International Emmy Award for Best Performance By An Actor.Billy has been acting professionally since the age of 6, and has had many roles in film, TV and West End Theatre. He trains at the world-renowned Sylvia Young Theatre School.Billy's film credits include Blinded By The Light, Mary Poppins Returns, Sharknado 5, The Other Me, To Dream, The Islander and he is best known for his lead role in the critically acclaimed Responsible Child for Kudos/BBC. Billy played Ray, a 12-year-old child on trial for the brutal murder of his stepfather, in the hard-hitting drama which subsequently won an International Emmy Award for Best TV Movie and received two BAFTA nominations. In addition to winning an International Emmy, Billy's performance as Ray earned him a nomination for Best Newcomer at the National Film Awards 2020.Billy's TV credits include A Christmas Carol (BBC), Mr Selfridge (ITV) , The White Princess (Starz) and The Alienist (Netflix). In October 2021 Billy will appear as Caspar Morrow in Apple TV's highly anticipated sci-fi series, Invasion.When he is not filming, Billy can be found fronting his band The Hunger or on his skateboard!

Blinded by the Light