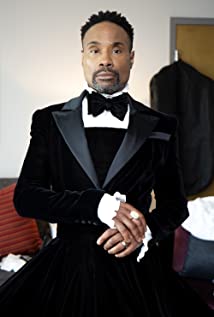 Before embarking on a career as a mainstream pop vocalist, Billy Porter built a substantial reputation as a theatrical singer in Broadway productions such as Grease and Smokey Joe's Cafe. He made his initial impact by placing 'Love Is On The Way' on the soundtrack to the film First Wives' Club, in 1996. His debut album, Untitled, was firmly anchored in traditional R&B territory, with several key ballads included (such as a cover version of Glenn Jones's 'Show Me') in an attempt to win over mainstream radio. His backing band featured several musicians better known for their work in the theatre, including Warren J. McCrae, Gary Haase and Peter Zizzo (his producer). Unsurprisingly for a multi-faceted performer, Porter's record company was keen for their artist to be seen live, and his support slot to Sounds Of Blackness in New York in May 1997 attracted some encouraging reviews prior to his own headlining dates.