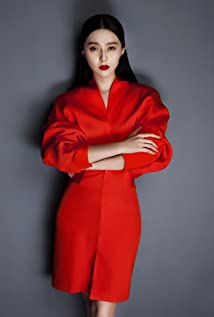 Bingbing Fan was born 16 September 1981. She is a Chinese actress, television producer and pop singer.Fan rose to fame in Asia in 1998-1999 with the mega-hit TV series My Fair Princess. In 2003, she starred in Cell Phone, which became the highest-grossing Chinese film of the year, winning a Hundred Flowers Award. Since then she has received awards from the Golden Horse Film Festival and Awards, Eurasia International Film Festival, Tokyo International Film Festival, Beijing College Student Film Festival and Huading Awards for films like The Matrimony (2007), Lost in Beijing (2007), Buddha Mountain (2011) and Double Xposure (2012). Fan has participated in many foreign-language films, such as the French film Stretch (2011), the Korean film My Way (2011) and the Hollywood blockbuster X-Men: Days of Future Past (2014). She has also been called a fashion icon due to frequent appearances on the red carpet, movie premieres, and fashion shows. She topped the Forbes China Celebrity 100 list in 2013 and 2014, after ranking in the top 10 every year since 2006.In 2007 Fan left her management company Huayi Brothers to establish Fan Bingbing Studio. Since then she has produced TV series that she also starred in, and her TV show The Empress of China, believed to be the most expensive Chinese series in history.

I Am Not Madame Bovary

Lady of the Dynasty

The Empress of China