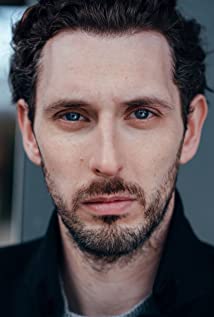 Blake attended the Brit School from 2003 and then the East 15 Acting School from 2007.Blake starred in three series and two subsequent films of the multi-award-winning comedy 'The Inbetweeners'.He also starred in the 2016 remake of 'Dad's Army' in which he played 'Private Pike'. His other film work includes 'Keeping Rosy', 'Madness in the Method' & 'Reuniting the Rubins'Harrison's TV work includes three series of US comedy 'The Increasingly Poor Decisions of Todd Margaret' for IFC. 'Prime Suspect:1973' & 'Houdini & Doyle' for ITV. 'Way to Go', 'Him & Her', 'The Bleak Old Shop of Stuff' & 'Trust Me' for BBC. As well as 'Tripped' for E4.He's just made his directorial debut with 'Hooves of Clay', a short film made in 2017.

Agatha and the Midnight Murders

Agatha and the Truth of Murder