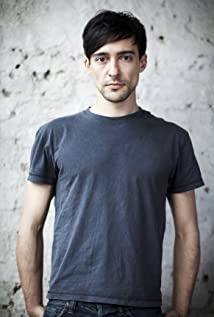 Blake Ritson started acting when he was 13, debuting in White Chameleon at the Royal National Theatre, directed by Sir Richard Eyre for which he received rave reviews. He worked with Sir Richard Eyre again two years later on Macbeth, and went on to appear in the original West End run of Tom Stoppard's Arcadia. He won an academic scholarship to St.Paul's School in London before attending Cambridge University, where he studied English and Medieval Italian. Following University, he studied physical theatre at Ecole Philippe Gaulier in Paris.He has appeared in numerous TV shows and films and played a number of leads for the BBC, ITV and Channel 4 and on American TV. In recent years, he has become particularly well known for his work portraying a variety of villainous characters, following his celebrated portrayal of Riario in three seasons of Da Vinci's Demons. He was subsequently cast by Warner Brothers to portray the Supervillain Brainiac, one of Superman's most famous nemeses.He is also a much in demand voice actor, having starred in dozens of plays and narrated numerous audio books for BBC radio, narrated a series of children's books and played leading characters in some of the biggest selling computer games of all time, for which he has been nominated for five awards.In addition to acting, he has also co-directed and co-written four prize-winning short films with his brother Dylan, another Cambridge graduate and ex-member of the Footlights company. He also plays various musical instruments and played banjolele on the album 'Cowley Road' by fellow thespian - and 'Mansfield Park' co-star - Douglas Hodge.

The Crimson Petal and the White