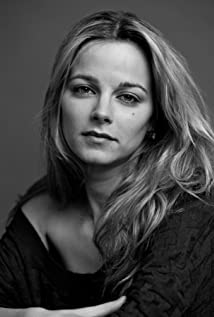 Novakovic was born on 17 November 1981 in Belgrade, Serbia, Yugoslavia. She moved to Australia in 1988, at the age of seven. Novakovic was initially interested in becoming a social worker or doctor, but after a significant set of events, she changed her mind and decided to pursue the performing arts. Novakovic studied at The McDonald College in Sydney, (where she was Dux of 1999) and graduated from NIDA with a BA in Dramatic Arts in 2002. She has a younger sister, Valentina Novakovic, who is also an actress, famous for having performed in the Australian soap opera, Neighbours (1985).In 2003, Novakovic played Randa in the ABC mini-series Marking Time (2003), a role which won her an AFI Award for "Best Actress in a Leading Role in a Television Drama or Comedy". As an actor, Novakovic's film credits in Australia include Blackrock (1996), Strange Fits of Passion (1998), The Monkey's Mask (1999), Thunderstruck (2004), Solo (2005), and the Serbian movies Optimisti (2005) and Skinning (2010). From 2007 to 2009, she played Tippi in the TV series Satisfaction for Showtime Australia. Other breakout roles include: Drag Me to Hell (2009), Edge of Darkness (2009), Devil (2010), Burning Man (2011) and Generation Um(2012).Theatre credits in Australia include These People, Away and Strange Fruit at the Sydney Theatre Company; The Female of the Species at the Melbourne Theatre Company; Woyzeck (Helpmann award nomination for best supporting actress in 2009), Criminology (Green Room award nomination for best actress 2007), Eldorado (Helpmann nomination for best supporting actress, 2006) and Necessary Targets at the Malthouse Theatre in Melbourne, Death Variations and Loveplay (Ride On) for B Sharp, Romeo and Juliet with Bell Shakespeare Company and Debris for Ride On Theatre (which received a Green Room nomination for best Independent production and best actress in 2006).Novakovic also runs her own independent theatre company, Ride On Theatre Sydney and Melbourne) with co-director Tanya Goldberg. She was a producer and performer for the 2004 Ride On Theatre sell out season of "Loveplay" at the Downstairs Belvoir Street Theatre, and the 2006 Green Room nominated production of Debris (in which she was also nominated for best actress).In 2008, she translated, adapted and directed Fake Porno in Melbourne, which was invited to be part of the Powerhouse season in Brisbane in 2009, and also received three Green Room nominations including best production. Outside of Ride On, she wrote and directed with Melbourne's Black Lung Theatre for the critically acclaimed production of Sugar at the 2007 Adelaide Fringe Festival. In 2010, Novakovic received an AFI nomination for International Award for Best Actress for her role in Edge of Darkness.Novakovic landed the part of a beautiful prostitute-turned-law-student in Fox's series, Rake, starring Greg Kinnear. The show was canceled in May, 2014. She portrayed Clare Hitchens in The Hallow, a horror film set in Ireland and directed by Corin Hardy.Earlier this year [2015], The Toronto Film Festival premiered her feature film The Little Death. Novakovic can be seen playing the lead in the ABC pilot Agatha, and has also booked a recurring role in Showtime dramedy Shameless.She's repped by CAA, Management 360, Lisa Mann Creative Management in Australia and attorney Bob Wallerstein.

Birds of Prey: And the Fantabulous Emancipation of One Harley Quinn

Not Suitable for Children

The King Is Dead!