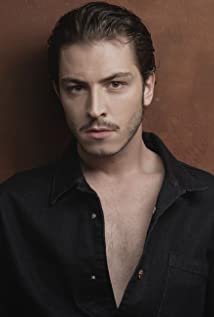 Boran Kuzum (born 1 October 1992) is a Turkish actor. He graduated theater at Istanbul University State Conservatory in 2015. His father, Bora Kuzum was deputy manager of Ankara State Theatre. His mother, Fatma Zehra, graduated from Fine Arts.Until his graduation, he has performed major roles of various genres for the theater of conservatory. At the same year, he played a protester named pharmacist Suat in 6 episodes of period drama Analar ve Anneler alongside Okan Yalabik and the Mad Sultan Mustafa I in 10 episodes of period drama Muhtesem Yüzyil: Kösem. The following year, he played a Greek lieutenant named Leon in the period drama Vatanim Sensin, has won Golden Butterfly Award for Best Series. He played a thief named Cüneyt in Cingöz Recai based on classic novel series of Peyami Safa for the third time, movie directed by Onur Ünlü. He played "Konstantin Gavrilovich Treplev" by Anton Chekhov in play Marti (The Seagull) that Istanbul Theater Festival's opening play and has won TEB Award, Üstün Akmen Theatre Award for Best Play and nominated Afife Jale Award.He joined "The Protector" first Turkish series of Netflix.In the beginning of 2020, the successful actor was talked about for a long period with his performance in the movie 'The Way We Are', which brought together the master actor Hümeyra and the important names of the young generation. In the last quarter of the year, he appeared in front of the audience as one of the leading actors of 'Respect', which is streaming on the popular digital platform BluTV and produced by Inter Media. Kuzum drew the attention with his character named Savas, an anti-hero who provides his own justice.He appeared as a guest star in the adaptation of Netflix's world-wide known French series called 'Dix Pour Cent'. Later he played in 'Askin Kiyameti' movie produced by BKM. Recently, he took place in the film 'Treasure', which is in post production process and both movies will be on screen in 2022.Boran Kuzum studied economy in Ankara Gazi University for one year. But he gave up to study economy.