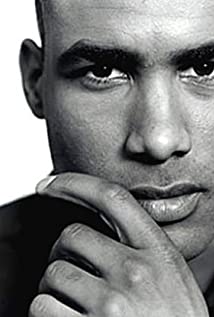 Boris Frederic Cecil Tay-Natey Ofuatey-Kodjoe, better known as Boris Kodjoe, is a German actor known for his roles as Jason in the 2000 film Love & Basketball (2000), and the sports-courier agent Damon Carter on the Showtime drama series Soul Food (2000).Kodjoe was born in Vienna, Austria, the son of Ursula, a German psychologist of partially Jewish descent, and Eric Kodjoe, a Ghanaian physician who is of the Nzema people. He was named after Russian poet and writer Boris Pasternak. Kodjoe's great-grandmother was Jewish and died in the Holocaust; his maternal grandmother survived the war in hiding. Kodjoe's parents divorced when he was six years old. Kodjoe is fluent in German, English, and French, and speaks some Spanish. He has a brother named Patrick and two sisters named Nadja and Lara.