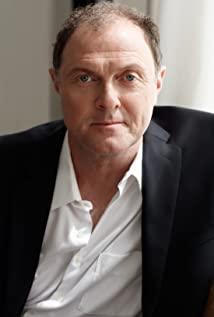 Boris McGiver is an American actor born in upstate New York to second-generation Ukrainian and Irish parents (Shmigelsky and McGiver). He is known for Uncle George in SERVANT (Apple TV), Glen Maskins in For Life (ABC), Monsignor Korecki in Evil (CBS), Tom Hammerschmidt in House of Cards (2013), Hersh in Person of Interest (2011), Marimow in The Wire (2002); also for roles in Lincoln (2012), "TURN: Washington's Spies" (2014), Taxi (2004), and John Adams (2008), as well as a slew of others. He came to acting later than most, since his main goal in his youth was to attend the U.S. Air Force Academy. Though accepted to the Academy's class of 1984, he was let go at the last minute due to minor knee problems, which left him less than the perfect physical specimen the Academy demanded of its incoming cadets. That heartbreak, however, led him circuitously back to his nascent attraction to the field of acting. He is a graduate of NYU's Graduate Acting Program, and he credits Ron Van Lieu, the great acting teacher, with helping him begin to understand this beautiful art of acting. Spending a year in Sweden also turned him into a socialist, a label he wears with pride--compassion being its major tenet.