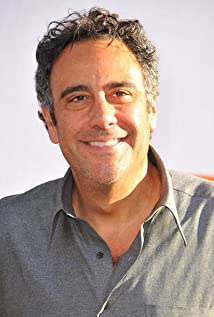 Standing 6 feet 9 inches tall, Garrett grew up in Woodland Hills outside of Los Angeles. His father was a hearing aid specialist working in geriatrics and his mother was a housewife. Garrett spent a whopping six weeks at UCLA before going into stand-up comedy full time. He began performing his act at various Los Angeles comedy clubs, getting his start at the Ice House in Pasadena and the Improv in Hollywood. In 1984, he became the first $100,000 grand champion winner in the comedy category of Star Search (1983). This led to his first appearance, at age 23, on The Tonight Show Starring Johnny Carson (1962), making him one of the youngest comedians ever to perform on the show. In 1986, Garrett told a joke the talent booker warned him against and he hasn't been on the show since. Following his "Tonight Show" appearance, Garrett's career took off, garnering him headlining gigs at several national venues as well as opening spots for legends including Diana Ross and Liza Minnelli. He has headlined at Bally's Park Place and co-headlined with The Temptations at Trump Plaza. He has also worked at The Sands Hotel in Las Vegas with Frank Sinatra, Caesar's Palace with David Copperfield, and Smokey Robinson, Harrah's with Sammy Davis Jr. and The Beach Boys, and Radio City Music Hall with Julio Iglesias. In 1989, the Las Vegas Review Journal named him the Best Comedian working on the strip. Changing gears, he made his way into the world of television. He struck gold with Everybody Loves Raymond (1996). Apart from his supporting role in sitcoms, he has also done voice-overs and appeared in a few films. In 1998, Garrett made a real-life proposal to his then real-life girlfriend, Jill Diven, on the set of Everybody Loves Raymond (1996). Garrett currently resides in Hollywood, California with his two Labradors Retrievers, Gus and Mabel.