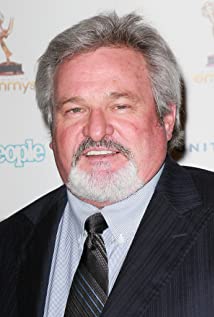 Brad Leland was born in Lubbock, Texas in 1954. After living in Japan he returned to the states where he first appeared onstage at Disneyland at 6 years old in a Wild West show. That began his dream of being an entertainer. He is most well-known as the beloved favorite and iconic character of Buddy Garrity Sr. from the television series "Friday Night Lights" (NBC, Direct TV). After four decades of stage, film and television, he has appeared in scores of feature films and plays, and hundreds of television shows. Notable television includes Dallas, Walker Texas Ranger, In the Heat of the Night, Perry Mason, Veep, Justified, Parks and Recreation, CSI Miami, The Leftovers, Last Man Standing, The Cleveland Show, North and South, The Young Riders, and Le Bureau de Legendes.Feature films include Silverado, Deepwater Horizon, Hancock, Friday Night Lights, Land, The Orphan Train, Mobius, The Ringer, Love and a .45, Blaze, The Great Alaskan Race and many others. One his most favorite filming experiences was the starring role in the football feature film, The Last Whistle, directed by Rob Smat.Brad lives in Dallas, Texas and has been married to actress Freda Ramsey for 41 years. They have two daughters, Thea and Leah.Brad graduated with a Bachelors Degree in Acting and Directing from Texas Tech University. An avid golfer and sports enthusiast, he is loyal to the Plano Wildcats (where he was a member of the State Champion football team in1972), the Texas Tech Red Raiders, and the Dallas Cowboys.Brad enjoys supporting the annual "Beyond the Lights" Celebrity Golf Classic held in Austin, Texas, to help those with spinal cord injuries.Brad is represented in show business by his long-time friend and agent, Shawn West of The Wayne Agency. 310-894-0802

The One I Wrote for You