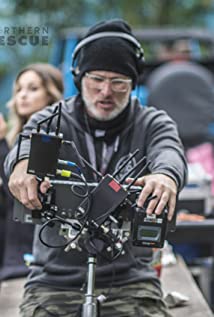 Bradley Walsh studied film production while attending York University in the Fine Arts department of Film faculty. He completed the four year program and went on to form his own production company Projektor Images and Sounds. With his production company Bradley produced and directed music videos for various Canadian and American recording artists and his work became regularly featured on MuchMusic and MTV gaining the attention of the major recording labels and the advertising community.This eventually led Bradley into the world of commercial direction where he has amassed an impressive client list directing and earning numerous awards and nominations including the prestigious First Cut Award for Best New Commercial Director. While maintaining a busy commercial portfolio Bradley continued to be courted with offers to direct music videos and gained immediate international recognition with his award winning videos for LEN, Sum41, Gob, Not By Choice and Treble Charger earning him and his musical counterparts 15 MuchMusic Video Award nominations and six wins including best video (Len 'Steal My Sunshine'), Best Rock Video (Sum41), Best Director, Best Pop Video and Best Independent Video (Not By Choice 'Now that you Are Leaving'). His music video for Len's 'Steal My Sunshine' was a break out success being featured on the countdown on both MTV and MuchMusic going to #1 on both networks and earning him a Billboard Award nomination for Best Pop Video.Taking advantage of these successes he parlayed this momentum into a long format career that includes several short films and an invitation to screen at the Toronto International Film Festival. Shortly after directing his first television project, the pilot 'Plato' (Viacom, Anonymous, Shaftesbury), he began shifting his career towards directing drama for TV while continuing to remain active with music videos and commercials. In 2007 Bradley was asked to direct MTV's 'Kaya' and with the success of the pilot returned to direct the series and accepted the additional responsibility of returning as series consulting producer and series composer. Bradley's other passion is music and with recording partner Chris Byrne they are bonspiel - recording artists and creators of original scored music for film and television, often scoring his own projects.Bradley lives between Toronto and Los Angeles.

Lead with Your Heart