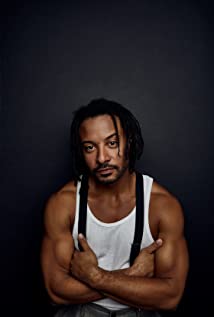 Canadian American actor Brandon Jay McLaren has developed a reputation for portraying a diverse range of characters on the big and small screen. He will next be seen as 'Travis' in the upcoming Netflix drama series Firefly Lane, alongside Katherine Heigl and Sarah Chalke. He is also set to appear in the upcoming second season of The Twilight Zone reboot on CBS All Access, opposite Joel McHale. This past year, McLaren wrapped up a three-season run playing 'Oliver Yates' on the popular CBS drama Ransom. He also recently starred as 'Dr. Simon' on the third season of the Emmy-nominated Lifetime series UnREAL, opposite Shiri Appleby and Constance Zimmer, for which he was nominated for a UBCP/ACTRA Award.From 2013 through 2015, McLaren starred as undercover agent 'Dale Jakes' on the USA drama series Graceland, for which he won a Best Actor Golden Maple Award in 2015. Other notable television credits include recurring roles on Chicago Fire (NBC), Slasher (Chiller Network), Girlfriends' Guide to Divorce (Bravo), Falling Skies (TNT), Harper's Island (CBS) and The Killing (AMC), for which he was nominated for a 2012 Leo Award for Best Supporting Performance by a Male in a Dramatic Series.McLaren's work in film includes the independent feature Plush, directed by Catherine Hardwicke and starring Emily Browning, and the cult horror comedy Tucker and Dale vs. Evil, which became a Sundance Film Festival favorite and won the 2012 SXSW Audience Award. Other film credits include the comedies She's The Man and Dead Before Dawn 3D. In 2015, McLaren executive produced and starred in the independent film Almost Anything, which premiered at Cinequest.Born and raised in Vancouver, Brandon is of Trinidadian and Grenadian descent. He attended high school at Johnston Heights Secondary, where he took theater courses and his love for acting began. A star soccer player in his youth, he received a full athletic scholarship to attend the State University of New York at Albany. After graduating with a degree in Human Biology, McLaren returned to Vancouver to pursue acting full time.