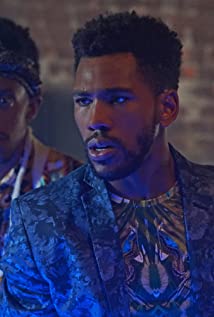 Brandon Smith started acting at the tender age of 8 years old. Soon, he booked his first national commercial for Nike with Tiger Woods.Brandon Smith has garnered a legion of loyal fans for playing the iconic role of super-suave Nico Harris on the Disney Channel series "So Random" ("Sonny with a Chance").In 2006, Smith won a Family Television Award and a Young Artist Award for his portrayal as Tayshawn in the Emmy Award-nominated television movie "The Ron Clark Story" opposite Matthew Perry. His other film credits include "Gridiron Gang" opposite Dwayne "The Rock" Johnson and "Weapons" with Nick Cannon.Brandon just wrapped shooting the Universal feature film, "Get On Up," opposite Chadwick Boseman, for Director Tate Taylor, playing the iconic role of Little Richard. As well, he recently completed shooting the FX pilot "You're The Worst," Forest Whitaker's feature film "Sacrifice" starring Dermot Mulroney and the feature film "Hoovey" starring Patrick Warburton and Lauren Hollly.Brandon makes his home in Los Angeles and is very close with his parents and younger sister Kimberly.