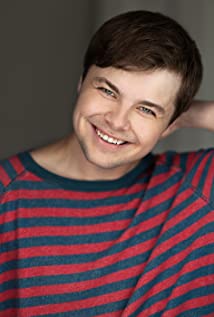 Brendan Meyer is an accomplished actor in both theatre and film/TV. He has filmed throughout North America: in LA, New Mexico, Toronto and Vancouver, as well as his home town of Edmonton.In addition to his writing and directorial debut, the short film, A Job, Brendan has written several screenplays and shorts that he hopes to direct and produce in the future.Best known for his love for and extensive knowledge of live theatre, film, and TV, Brendan is a well respected contributor to the acting community.Brendan has performed in three seasons with the Freewill Shakespeare Festival in Edmonton. His past theatre credits include Macbeth, Much Ado About Nothing, Titus Andronicus, Comedy of Errors and Richard III (Freewill Players); and Beneath The Ice (Fringe Theatre Adventures). He also has numerous directing (Fourteen, The Tempest) and acting (The Haunting of Hathaway House, The Tempest, Twelfth Night and An Unnatural Turn) projects with Celsius Youth Theatre, where he is the co-founder and was a co-artistic director before his film/TV career took him to Vancouver.A self-professed Shakespeare nerd who has written many of his own Shakespeare adaptations, Brendan is an avid theatre goer who has traveled to New York, London, and Stratford-Upon-Avon to see many great plays and musicals. He maintains an extensive library of plays and books on the industry. When he has free time, you can find him in front of a movie screen, studying the greats such as Humphrey Bogart ,Leonardo DiCaprio and anything by Alfred Hitchcock.Brendan is very committed to giving back. He has strong ties with Vancouver based Project Limelight, an inner city youth theatre program, and One! International, an organization running schools for disadvantaged youth in India. He lives in Vancouver, BC.

Color Out of Space

When Jeff Tried to Save the World

All These Small Moments