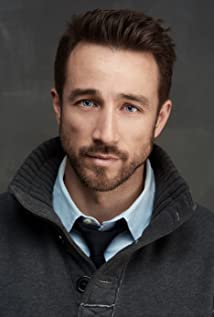 Brendon Zub is a Canadian actor whose life adventures and diverse skill set have helped him carve out a unique career and emerge as a sought after and versatile actor. This fall Brendon can be seen playing Chuck Dodgson in the highly anticipated CW series "Batwoman" which brings Bruce Wayne's cousin Kate Kane, to the Arrowverse.Born in Vancouver, Brendon's family soon moved to Calgary, Alberta where he grew up as a Pastor's kid, class clown, and sports junkie, channeling most of his energy into becoming a professional baseball player. However, at age 10 his family moved to Hungary as missionaries where his dreams of baseball were quickly replaced with soccer, basketball, and embracing a new culture. Here his love of acting was born while watching old Classic Hollywood era movies on the sole English-speaking channel. But it wasn't until being transferred to an international boarding school in Germany where he began to hone his acting skill with drama class and a lead role in the High school play. Realizing he had a better chance at acting than pro sports, Brendon set his sights on pursuing an acting career.Brendon can be recognized from numerous roles on TV such as ABC's "The Good Doctor", FOX's "Fringe", The CW's "Supernatural", "iZombie", "Emily Owens", "The 100" and "The Flash" and more recently starred in The CW's re-imagination of "Charmed" and A&E's highly anticipated series "Blue Book". He has also starred in various Hallmark movies, most notably "The Christmas Calendar" in which he starred opposite Laura Bell Bundy and received a 2018 Leo Award nomination for Best Lead Actor.Off Camera, Brendon can be found scuba diving off BC's coast, skiing in Whistler, playing hockey, training Brazilian Jiujitsu, or roaming bookstores for the latest in high fantasy.

My Husband's Deadly Past

Love Under the Rainbow

Made for You, with Love

A Twist of Christmas