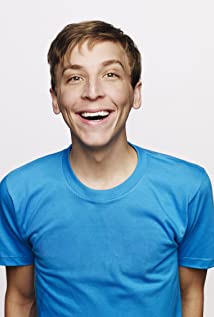 Brennan Murray is an American actor and the first unofficial cartoon human best known for playing Wendell Brixby in Video Game High School (2012). He was born on March 13, 1988 and grew up in sunny South Florida. He began performing in plays after accidentally dancing into his middle school drama teacher. Brennan attended Western High School where he was heavily involved in Florida State Thespians, taking on drama club president and winning The 2006 Cappie Award for Best Comedic Actor in a Musical for his portrayal of Nathan Detroit in Guys & Dolls. After attending Florida State University and studying abroad in London, he quickly moved to Hollywood, California in the summer of 2010. That same year, he booked his first television appearance on Disney's Good Luck Charlie (2010) and scored a tiny role opposite Josh Gad in the feature film, She Wants Me (2012). He has since appeared in several network TV shows including Cougar Town (2009) and Jane the Virgin (2014), a handful of independent feature films and over a dozen web series. He has a leading role in the indie feature, Swell (2019). Brennan won the 2016 Indie Series Award for Best Supporting Actor in a Comedy for his portrayal of Michael Darling in the adaptation of J.M. Barrie's The New Adventures of Peter and Wendy (2014). He voices multiple roles, including Tyronius, opposite Aidy Bryant in Amazon's first animated series, Danger & Eggs (2015). In the spring of 2017, Brennan wrote, produced and starred in a handful of viral videos tackling real issues in funny ways for ATTN. He resides in downtown Los Angeles, California, and was an avid Hillary Clinton supporter throughout the 2016 election. Brennan volunteers regularly with the Young Storytellers of LA.