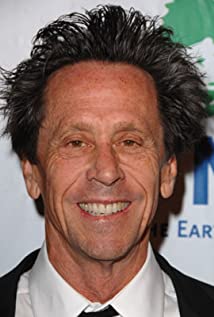 Academy Award-winning producer Brian Grazer has been making movies and television programs for more than 25 years. As both a writer and producer, he has been personally nominated for four Academy Awards, and in 2002 won the Best Picture Oscar for A Beautiful Mind (2001). In addition to winning three other Academy Awards, "A Beautiful Mind" also won four Golden Globe Awards (including Best Motion Picture Drama) and earned Grazer the first annual Awareness Award from the National Mental Health Awareness Campaign.Over the years, Grazer's films and TV shows have been nominated for 43 Oscars and 192 Emmys. At the same time his movies have generated more than $13.5 billion in worldwide theatrical, music and video grosses. Reflecting this combination of commercial and artistic achievement, the Producers Guild of America honored Grazer with the David O. Selznick Lifetime Achievement Award in 2001. His accomplishments have also been recognized by the Hollywood Chamber of Commerce, which in 1998 added Grazer to the short list of producers with a star on the Hollywood Walk of Fame. On March 6, 2003. ShoWest celebrated Grazer's success by honoring him with its Lifetime Achievement Award. On November 14, 2005, Grazer was honored in Los Angeles by the Fulfillment Fund. In May 2007 he was chosen by Time Magazine as one of the "100 Most Influential People in the World." On January 24 Grazer, along with his partner Ron Howard, was honored with the Milestone Award by the Producers Guild of America.In addition to "A Beautiful Mind", Grazer's films include Apollo 13 (1995), for which Grazer won the Producers Guild's Darryl F. Zanuck Motion Picture Producer of the Year Award as well as an Oscar nomination for Best Picture of 1995; and Splash (1984), which he co-wrote as well as produced and for which he received an Oscar nomination for Best Original Screenplay of 1986.Grazer also produced the film adaptation of Peter Morgan's critically acclaimed play "Frost/Nixon" (Frost/Nixon (2008)), directed by Ron Howard. The film was nominated for 5 Academy Awards including Best Picture, and was also nominated for The Darryl F. Zanuck Producer of the Year Award in Theatrical Motion Pictures by the PGA.Grazer also produced Angels & Demons (2009), the adaptation of Dan Brown's bast-selling novel, and Robin Hood (2010), directed by Ridley Scott and with Russell Crowe, Cate Blanchett and Max von Sydow.Some more of Grazer's feature film credits include the drama The Changeling (2006), directed by Clint Eastwood and starring Angelina Jolie; the Ridley Scott-directed drama American Gangster (2007), staring Russell Crowe and Denzel Washington; The Da Vinci Code (2006), the film adaptation of Dan Brown's international best-seller, starring Tom Hanks and directed by Oscar-winner Ron Howard; the tense drama The Inside Man (2005), directed by Spike Lee and starring Denzel Washington, Clive Owen and Jodie Foster; Flightplan (2005); Cinderella Man (2005); the Sundance acclaimed documentary Inside Deep Throat (2005); the TV series Friday Night Lights (2006); 8 Mile (2002); Blue Crush (2002); Intolerable Cruelty (2003); How the Grinch Stole Christmas (2000); The Nutty Professor (1996); Liar Liar (1997); Ransom (1996); My Girl (1991); Backdraft (1991); Kindergarten Cop (1990); Parenthood (1989); Clean and Sober (1988); and Spies Like Us (1985).Grazer's television productions include Fox's hit Golden Globe and Emmy award winning Best Drama Series 24 (2001), NBC's Peabody Award-winning series "Friday Night Lights" and Fox's Lie to Me (2009), starring Tim Roth, which premiered in January 2009. He is also working on additional television projects including Parenthood (2010), based on his 1989 film, and Wonderland (2000), directed by Peter Berg. His additional television credits include Fox's Emmy award winning-Best Comedy Arrested Development (2003), CBS' Shark (2006), NBC's Miss Match (2003), WB's Felicity (1998), ABC's Sports Night (1998), as well as HBO's From the Earth to the Moon (1998), for which he won the Emmy for Outstanding Mini-Series.Grazer began his career as a producer, developing television projects. It was while he was executive-producing TV pilots for Paramount Pictures in the early 1980s that Grazer first met Ron Howard, soon to become his friend and business partner. Their collaboration began in 1985 with the hit comedies Night Shift (1982) and Splash (1984), and in 1986 the two founded Imagine Entertainment, which they continue to run together as chairmen.

Once Were Brothers: Robbie Robertson and the Band

Cop and a Half: New Recruit