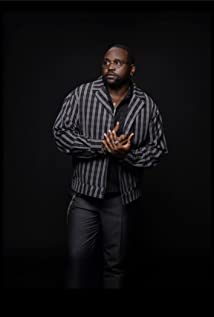 Emmy and Tony Award nominee Brian Tyree Henry is a versatile actor whose career spans film, television and theater. Henry originated the role of "The General" in the critically acclaimed Broadway musical "The Book of Mormon," for which he received rave reviews. He currently stars alongside Donald Glover in the Golden Globe and Peabody Award winning and Emmy nominated FX series "Atlanta," which has been renewed for a third season. Henry portrays Alfred Miles, Atlanta's hot of the moment rapper who is forced to navigate fame while remaining loyal to family, friends and himself. He has received an Emmy and MTV Movie & TV Award nomination for the role. In 2017, he guest-starred as "Ricky" on NBC's "This Is Us," for which he earned an Emmy nomination. This Spring, Henry returned to Broadway in Kenneth Lonergan's Tony nominated play Lobby Hero. For his role, he received Tony, Drama Desk and Drama League Award nominations. This June, Henry co-starred with Jodie Foster and Sterling K. Brown in the feature film "Hotel Artemis." This Fall, Henry will co-star in four feature films. They include "White Boy Rick" with Matthew McConaughey (September), Steve McQueen's "Widows" opposite Viola Davis (November), Barry Jenkins' "If Beale Street Could Talk" (November) and the animated film "Spider-Man: Into the Spider-Verse" (December). Henry is currently in production on "Superintelligence" alongside Melissa McCarthy and "The Woman in the Window" opposite Amy Adams and Gary Oldman. This fall, he will shoot the indie drama "The Outside Story" from writer/director Casimir Nozkowski. Earlier this year, he completed production on the indie comedy "Fam-i-ly" alongside Taylor Schilling and Kate McKinnon and the Blumhouse thriller "Only You" with David Oyelowo. Henry's additional film credits include the indie films "Irreplaceable You," "Puerto Ricans in Paris" and "Crown Heights." On television, he has appeared in numerous shows, including "Drunk History," "How To Get Away With Murder," "Vice Principals," "Boardwalk Empire," "The Knick," "The Good Wife" and "Law & Order." Henry's wide-range of theater credits include The Fortress of Solitude and The Brother/Sister Plays/The Brothers Size (Helen Hayes Best Actor Nomination) at The Public Theatre, as well as Romeo and Juliet and Talk About Race at New York Stage and Film and The Public. A graduate of Atlanta's Morehouse College, Henry received his MFA from Yale's School of Drama. He currently resides in New York.