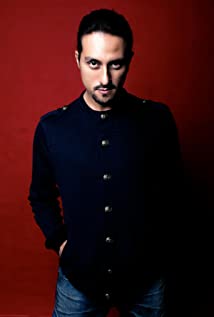 Though he made his acting debut on television in 2000, Bront, who is a Malaysian of Pakistani-Malay-Thai descent, first gained fame by portraying two characters in Cinta Tsunami, a television series in 2005. Since then, he started attracting a variety of roles in films including Anak Halal (2005), Man Laksa (2005) and Bilut (2005).In 2005, he received a scholarship from the Italian government to attend a short course in Language & Culture at the University for Foreigners Perugia, Italy. He overstayed and toured the country for the next four months.In 2008, Bront's fame widened with the release of his biggest commercial success, SinDarEla. Bront rose to prominence in a lead role, Hussin on the hit television series with Sharifah Amani and Remy Ishak, followed by another television series, Rona Roni Macaroni in the same year, again with Sharifah Amani.Uncomfortable with his career direction, the media-shy actor turned his focus to film roles. His first major role was in V3:Samseng Jalanan, starring alongside his good friend, Farid Kamil who also directed the movie. V3:Samseng Jalanan was one of the highest grossed film at the box office for that year.In 2009, Bront starred in Belukar, alongside Daphne Iking, directed by Jason Chong. Though the movie did not do well at the box office, Bront's acting was praised among critics and audiences alike. Bront received the Best Actor award at the 23rd Malaysia Film Festival and also the Anugerah Skrin 2010(Screen Award 2010) for his performance in Belukar.In 2010 Bront co-founded Otto Films and through the company, he co-produced, co-written & co-directed Kolumpo, a feature film released in 2013. He also served Camwerk Studios as Creative Consultant to help developed The Kidnap Case of Ammar Affendi and secured a co-production deal with RexMedia(US) at the Marche Du Film at Festival De Cannes (2013). He was later appointed as the Brand Ambassador for Edwin Denim (Malaysia)[5] and also the Face of local promising-young Fashion Designer, Fairuz Ramdhan.Bront recently won Best Performance in a Comedic Role for his performance in Sejoli at the Astro Warna Award. He is soon to be seen in Terbaik Dari Langit [7], to be released on the 25th December 2014.

Edge of the World