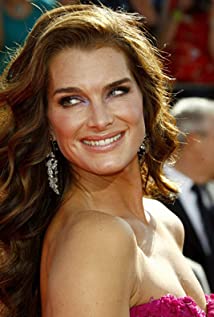 "Want to know what comes between me and my Calvins? Nothing". If you have not heard of Brooke Shields before, this tagline from her Calvin Klein Jeans ad had to grab your attention. Not that she has not had a previously noteworthy resume. She was born on May 31, 1965 in New York City and, at age 12, she starred as a child prostitute in Pretty Baby (1978). Could this movie even be made today? It was considered risky and controversial in 1978. It was followed by another blockbuster, the romance adventure drama The Blue Lagoon (1980). Brooke has proved herself to be so much more than her early films. Her broad range of work as an adult would be quite an achievement for anyone, especially given how difficult transitioning from child actor to adult often is.She has never stopped working, whether it be a Bob Hope Christmas special, her own sitcom Suddenly Susan (1996) or as an author. She also managed to work on a degree from Princeton University. She has received a number of awards during her career, most notably The People's Choice award for 1981 through 1984 in the category of Favorite Young Performer. In 1997, she was honored again with The People's Choice award for Favorite Female Performer in a New Television Series in 1997 for her work in Suddenly Susan (1996). In her personal life, she was married in 1997 to tennis player Andre Agassi and was devastated when they divorced two years later. She married for the second time in 2001 to Chris Henchy. She has been open about using fertility treatments to become pregnant with their daughter, Rowan, born in 2003.When suffering debilitating depression after the birth of her daughter, she made the decision to put her feelings down on paper. Her book, "Down Came the Rain: My Journey Through Postpartum Depression", takes a hard, honest look at what she and many other women experience after childbirth. She still lives in New York City, and is still sought after for work in movies, television, and on stage. Pretty nice list of achievements for the once Calvin Klein jeans girl.

Michael Jackson's Journey from Motown to Off the Wall

Mapplethorpe: Look at the Pictures